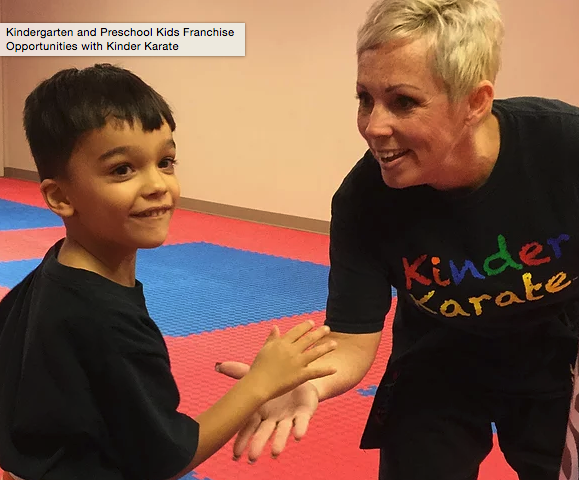 Martial arts is the third most popular sport among children, according to National Sporting Goods Association. This should be good news given that this sport is known to be effective in instilling self-discipline, self-respect, boosting self-confidence and improving physical fitness.

However, not all martial arts programs are created equal. They need to be properly structured especially if they are meant for young children. The Kinder Karate program presents a solution for parents looking for a Karate program that is tailored to the parent’s needs, designed for young children between ages 3 and 6, and is meant to be convenient for both the student and the guardian.

Kinder Karate® was started by Kara Czerniak who is a parenting coach, a #1 bestselling author and entrepreneur. She started with a passion to create an age-appropriate child development program which later turned into a movement that has won the hearts of parents and teachers. The CEO and President of Kinder Karate has also written a book on the subject titled: The Kinder Karate® Method: Improve Your Preschooler’s Discipline, Confidence, Focus, and Self Control.

The main factor that leads to the success of Kinder Karate® is the fact that other programs were not addressing issues related to training children particularly of this age group. There are other competing schools that are dogged by problems such as poor communication, lack of properly trained instructors, and an overall poorly structured program.

One of the critical problems that Kara Czerniak chose to address was coming up with a program that would work for both parents and their families. Kinder Karate is based on once-a-week-timetable so that parents can go on with their day-to-day plan without worrying about working around an inconvenient schedule.

Unlike most other programs, Kinder Karate® is designed specifically for young children between the ages of 3 and 6. Every class is always conducted by instructors who are trained to handle this specific age group. Every child gets to learn at their own pace without having to worry about keeping up with the crowd. The instructor focuses on the child’s step by step progress rather than whether they are keeping up with peers.

With the right program, martial arts can help your child develop his physical, emotional, and mental well being. Starting early is key to developing the skills that your child will use in other sports as well as developing the capacity to deal with life challenges that come as they grow. The Kinder program is tailored for children at this stage of development. The classes are tailored for each student based on their progress. The program is now expanding nationwide through a franchise offering. The success of the Kinder Karate® program and its acceptability among teachers and parents is proof of its viability.

The exciting aspect is that the Kinder Karate brand is launching a children’s franchise that is offering incredible value and hopefully will bring this brand to more markets and more families across the U.S.!  Visit the franchise site for more information:  https://franchiseconduit.com/franchise/kinder-karate-franchise/

Business Reviews for You
Comments
Leave a response